This is a very common error in the beginning, but is very easy to correct. When describing the age of a person or thing, the french don’t use the verb ‘be’ in English but rather ‘have’

Similar to the last example, describing hunger and thirst are not done with the verb ‘be’ in French as in English but rather ‘have’. Maybe this is because the French regard these states as less permanent.

Because English has only one subject pronoun for the first and second person, its speakers are sometimes left in an awkward position in French when they have to choose between the subject pronouns ‘tu’ and ‘vous’. This leads to many occasions of confusion and perhaps even offense when talking with French people. As a general rule, you should refer to friends and children as ‘tu’ and leave ‘vous’ for strangers, colleagues and other formal situations.

French adjectives must agree in number and gender with the noun they qualify. A constant source of headache for English speakers (and their teachers!), the reflex of appropraitely including an e here and an s over there is only established through practice and conscientiousness.

Like all rote learning, many students find memorising the correct verb endings in French rather banal. In English we are blessed with considerably fewer verb endings which may make the process feel quite unfamiliar at first.

French have two ways to say this, and it can sometimes trip up learners in the beginning. The subject pronoun ‘il’ which usually translates to ‘he’ can sometimes be used impersonally for things like the weather or time. For example, Il est huit heures et quart – It is quarter past eight does not describe a male person at all. C’est can also mean it is or he is, but if it is followed by a noun, it usually means ‘it’s’, for example, c’est sa nouvelle voiture – It’s his/her new car.

Every learner has probably made this mistake a few times. We see a word or phrase in French that looks very similar to an English word and assume the two are equivalent. However, such is not always the case, and care must be taken to identify les faux amis so you can avoid misunderstanding.

The preterite or simple past in English can usually be best translated using le passé composé in French which is formed with the auxillary verb avoir or etre and the past participle of the main verb. The problem a lot of beginner students face is choosing the correct auxillary verb for the verb in the past. All reflexive verbs must use etre, as well as the instransitive verbs which describe movement, such as the verbs aller, sortir, monter etc. Because they take etre they must also agree in gender and number. For a full list of verbs that must take etre, see link below.

This is the hardest thing to master for learners at all and even French people are tripped up by it from time to time. 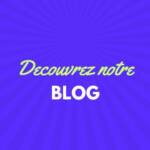 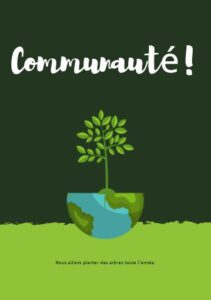